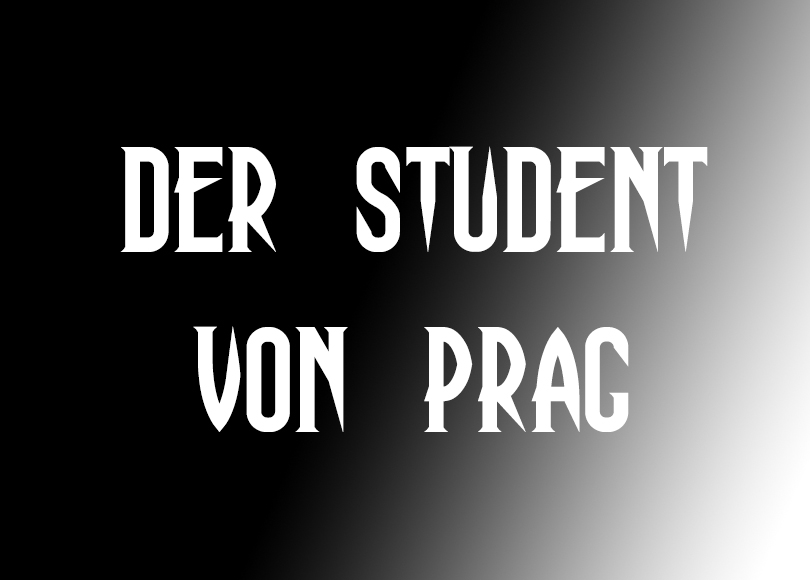 A poor young student, “collegiate level”, and excellent swordsman named Balduin (Paul Wegener) falls for a sorcerer’s trick and unknowingly promises a piece of himself that he cannot replace. This early German (Weimar Era) horror, deal with the devil, tale is full of early film camera tricks, use of color filters, and narratives that require an attentive audience. A forerunner for films like Cabinet of Dr. Caligari, Student of Prague set the stage and primed the German audience for a new style, expressionism.

Even though the story is relatively straight forward, it can be a little hard to follow at times. You need to pay attention and piece some things together as there are few intertitles. The version I watched was on the opposite side of the spectrum when compared to high definition, so that didn’t help either.

With that said, there are some interesting uses of camera tricks, i.e. Balduin’s reflection coming to life and a doppelganger of Balduin in the same shot. Careful use of light created stark contrasts that can be seen in later expressionist films like Cabinet of Dr. Caligari. Several different filters are used throughout the film as well.

It is also clear to see that the acting in this film, and other early films, is so similar to the stage. The jump has not been made yet from stage to film. It looks more like a play being filmed, with the exception of the sets and some of the creative liberties I mentioned above.

See link to film below.